Posted by ilaria.matteucci on Monday, 18 September 2017

The CEA is the French Alternative Energies and Atomic Energy Commission (Commissariat à l'énergie atomique et aux énergies alternatives), the French DoE. It is a public body established in October 1945 by General de Gaulle. A leader in research, development and innovation, the CEA mission statement has two main objectives: to become a leading technological research organization in Europe and to ensure that the nuclear deterrent remains effective in the future. Located at the heart of Saclay area (Paris region), the CEA LIST Institute focuses its research activities on developing innovative technologies for smart and complex systems. Its R&D programmes, with potentially major economic and social implications, centre on interactive systems (ambient intelligence), embedded systems (architecture, software and systems engineering), sensors and signal processing (industrial control systems, health, security and metrology). Dedicated to technological research, CEA LIST’s more than 700 researchers and technicians strive to encourage innovation and technology transfer through long-term industrial partnerships. The dynamism of the Institute's teams, their project-based culture and their consistently high standard of scientific excellence underpin this objective. Within CEA LIST, the LASTRE laboratory is specialized in building compilers and runtime environment for either safety, security or performance-critical systems. A number of technologies developed in the laboratory have been transferred to private companies and are now commercially exploited. As a recent example, the lab has developed a complete dataflow compiler and RTE for the 256-cores MPPA architecture commercialized by the KALRAY company which is now commercializing the aforementioned compiler as part of its AccessCore SDK. Since 2010, le team develops its activities in the fields of mixed-criticality, virtualization and (hardware-assisted or not) cryptographic runtime environments. More specifically, the team started to work homomorphic encryption-based cryptocomputing towards the end of 2010 (the first PhD on the topic of compilation for cryptocomputing will be defended in autumn 2014) and is now in possession of aggressively optimized implementations of two of the most efficient known (somewhat) homomorphic encryption systems (namely the BGV and the Fan-Vercauteren systems) along with a compiler tool chain prototype which allows to express algorithms in a high level programming language (namely C++) independently of the underlying cryptosystem. This compiler chain is a source-to-source compiler which transforms an applicative code into an efficient parallel code compliant with the OpenMP standard. Lastly, a runtime environment allows execution of the generated code directly on encrypted data. With this tooling and RTE, the team has been able to demonstrate the feasibility of executing a first benchmark of lightweight algorithms, still representative of several real-world application domains (most notably from the field of medical diagnostic).
CEA LIST has been a strong contributor to FP7: i) Partner in 92 projects, essentially in the Cooperation programme (90) with 54 ICT project; ii) Coordinator of 12 FP7 projects (6 ICT, 5 Security, 1 NMP) CEA LIST therefore has an extensive experience in EU programmes and in the coordination of EU funded projects. 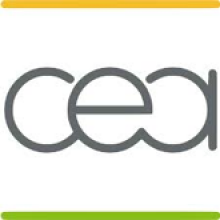